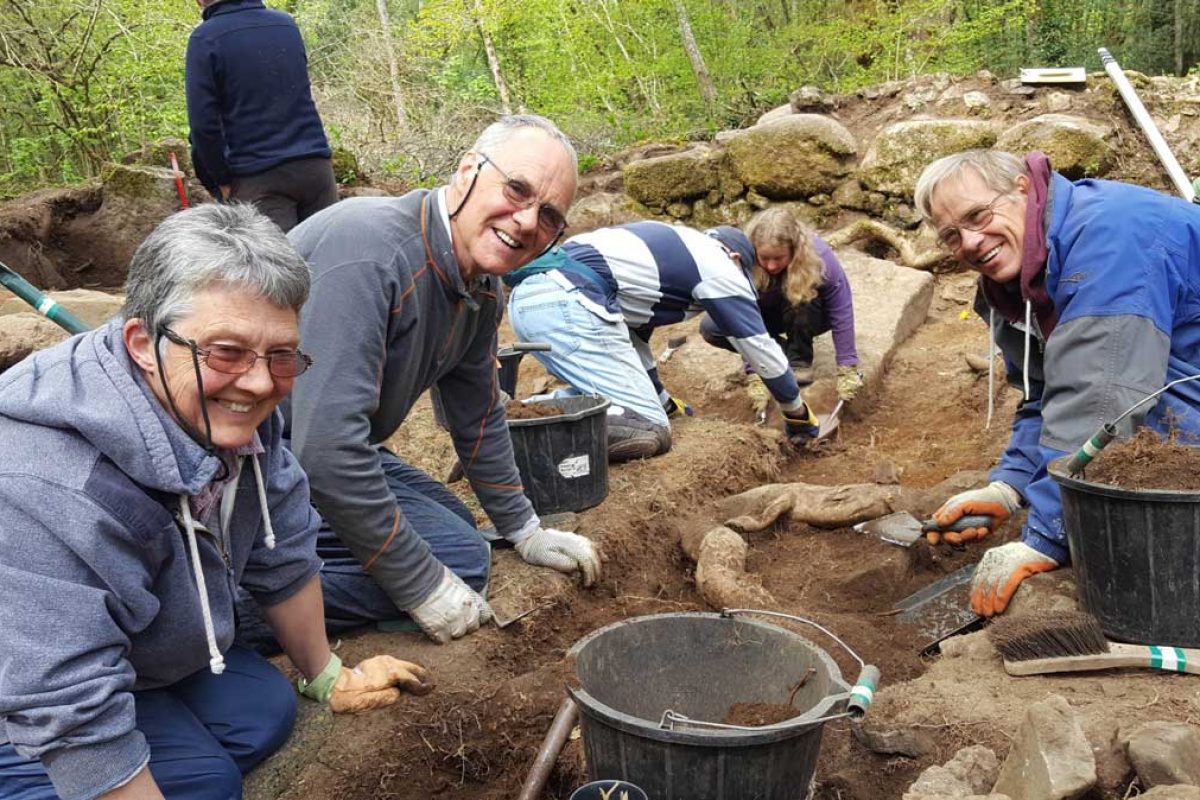 Dartmoor National Park Authority (DNPA) has the duty to conserve and enhance the quality of the landscape of the National Park as well as to promote the enjoyment and understanding of its special qualities. However, visitors can contribute to erosion, which can spoil the beauty of the area. The countryside of Dartmoor, as elsewhere, is continually changing as the human and natural influences upon it change. The recreational use leaves its marks just as the activities of prehistoric farmers and the medieval tinners did. The National Park Authority has a duty to try to minimise these more recent effects, especially when they threaten Dartmoor’s beauty, its wildlife and/or its historical remains.

DNPA operates a `Donate for Dartmoor` scheme whereby we ask the public to either donate funding towards specific areas of our work or to provide physical practical effort on the ground. The provision of some physical effort is promoted as a health benefit and is particularly targeted at those that organise and participate in recreational events across the moor. The scheme is widely publicised to young people who take part in the annual Ten Tors event and the Duke of Edinburgh Award (DofE) along with other local organisations and charities.

Part of my role as a Community & Landscape Management Ranger is to help my colleagues in repairing erosion and we had ready an ideal job of cleaning out, reinstating and putting in new drainage channels with granite kerbs on a well-used bridleway above Bennetts cross on North Bovey common. For the second year running we were joined by some fantastic volunteers from Team Rubicon and other organisations.

Team Rubicon (TR) unites the skills and experiences of military veterans with first responders to rapidly deploy emergency response teams to disasters in the UK and overseas in order to immediately improve the quality of life of the people who are affected. The registered charity offers veterans the opportunity to continue their service by helping those affected by disasters while regaining a sense of purpose, community and identity. It was formed in 2015 following the earthquake in Nepal and is staffed almost entirely by volunteers.

Its UK operations are split into 10 regions and are based at Chilmark, Wiltshire. Local volunteer Frank Howard has lived on and walked across Dartmoor for many years. He saw that much of the conservation work on the moors was undertaken by volunteers and decided to offer assistance to essential drainage works over a recent weekend to undertake this work and they stayed locally at Powder Mills Bunkhouse.

Team member Becky Maynard said “I’ve spent a lot of time on Dartmoor over the last 10 years and when I saw the shout out for volunteers to help install new and dig out old drainage ditches to help keep paths in good order I couldn’t think of a better way to spend a weekend. When we first saw the job it appeared to be quite a task but Team Rubicon members along with other volunteers from Ten Tors and DofE we tackled it head on with good humour and emergency tea supplies. When we finished on the second day it was great to see the area we had been working on and just how much had been achieved. It was hard work but enormously satisfying to know we had contributed to preserving the paths that I have spent so much time enjoying in this stunning area.”

Leader Frank Howard said “: Living on Dartmoor, I have walked across it for many miles. When I saw that much of the conservation work that takes place is done by volunteers I contacted Rob and decided to approach my colleagues from the South West region of Team Rubicon, many I know have walked the moors either in the military or for pleasure, to see if they would like join me for this project, and they did. We had a very rewarding and enjoyable weekend”.