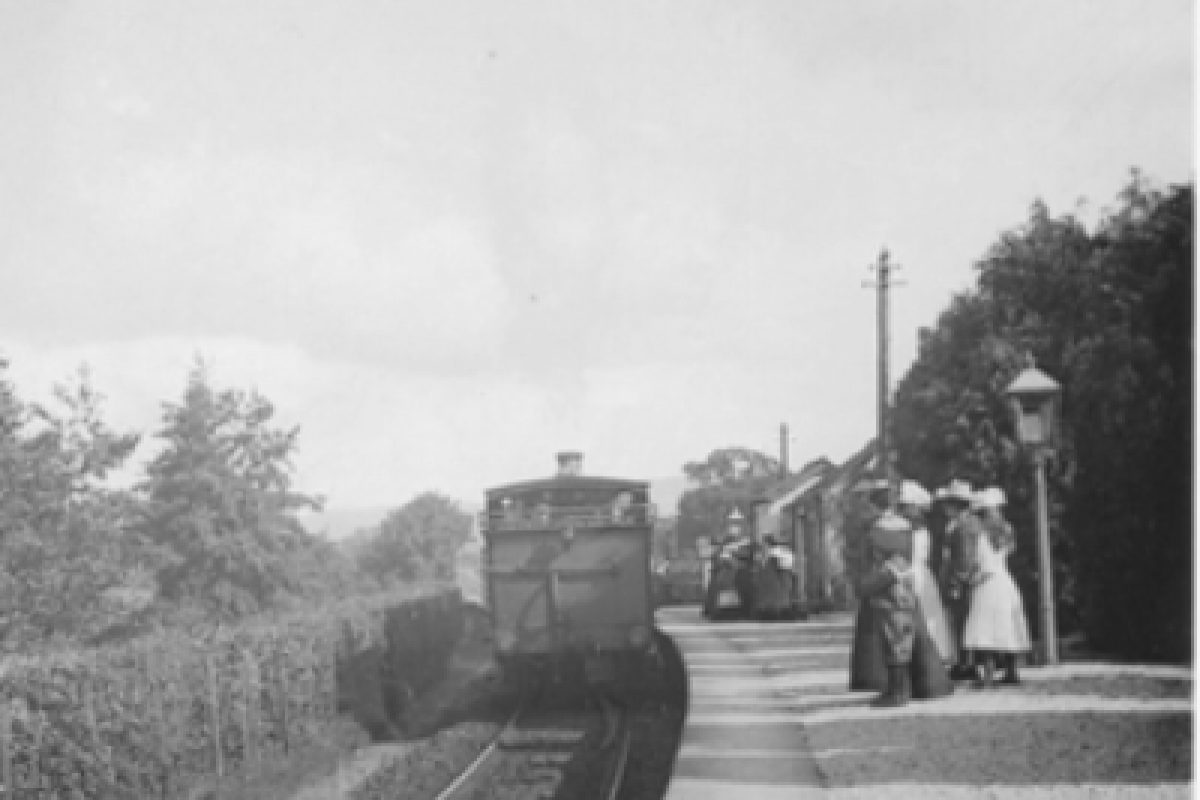 Re-launch and book signing by one of the authors (Mike Lang) of a re-printed book about the former GWR branch line to Moretonhampstead which has been produced to mark the end of passenger services on the line 60 years ago in 1959, plus a new special commemorative display of railway memorabilia in the Bovey Tracey Heritage Centre.

During the SDR’s own 50th anniversary year of running, it seemed appropriate to have the book signing at Buckfastleigh this coming Saturday where people can still see GWR steam trains running! Also, the former lamp hut shelter at Bovey Tracey is now located on the SDR’s Totnes Riverside station where it enjoys a new lease of life!

Anthony Kingdom is now quite old and so will not be attending the event, but he has signed a number of copies of the book in advance for early bird purchasers to get both signatures on their copy.

Saturday is a standard four train service for the SDR and the period for the signing is timed to coincide with the arrival of the first train from Totnes (11.48) and departure of the 12.15.  The rostered loco is currently listed as either 6412 or 5786.

The Newton Abbot to Moretonhampstead Railway

Reprinted to mark 60 years since the cessation of the passenger service on the branch line railway to Moretonhampstead in 1959, this book coincides with a special commemorative display of railway memorabilia, set up by the Bovey Tracey Heritage Trust in their museum located in the former Bovey Station building.

It is the result of extensive research originally carried out over a number of years by well-known local railway historian Anthony R Kingdom and publisher Mike Lang who has been the railway researcher, and is now the Treasurer, for the Bovey Tracey Heritage Trust.  It will not only appeal to railway enthusiasts, but also to local historians, those who knew and loved the line, and the many people who are now able to enjoy an attractive walk along parts of its former route.

It begins with the authors taking the reader on an imaginary journey along the line as it was in the mid-1950s and describing every aspect of the route as it unfolds – including the scenery!  This opening chapter is then rounded off by complete mapping of the line to a scale of 10.5 inches to the mile, thereby showing its exact location and some of the beautiful countryside through which it passed.

In the chapter that follows – much of it based on painstaking research of records and documents held at the Public Record Office in Kew, and elsewhere – the authors provide a comprehensive, but highly readable, account of the line’s history covering the many difficulties experienced by the promoters before it was opened in 1866 and the many phases of its life.  The remaining length between Newton Abbot and Heathfield used for goods traffic after closure is now mothballed by Network Rail.

Other chapters come under the headings of Time Tables and Branch Line Working, Goods Traffic, Engineering and Operating Data, Memories (contributed by former railwaymen and others familiar with the line) and The Line Today.  In addition, there are a number of appendices covering such topics as the proposed extension of the line to Chagford and bus services, and also gauge conversion – all adding up to a total of 320 pages and over 200 archival and contemporary photographs to savour.