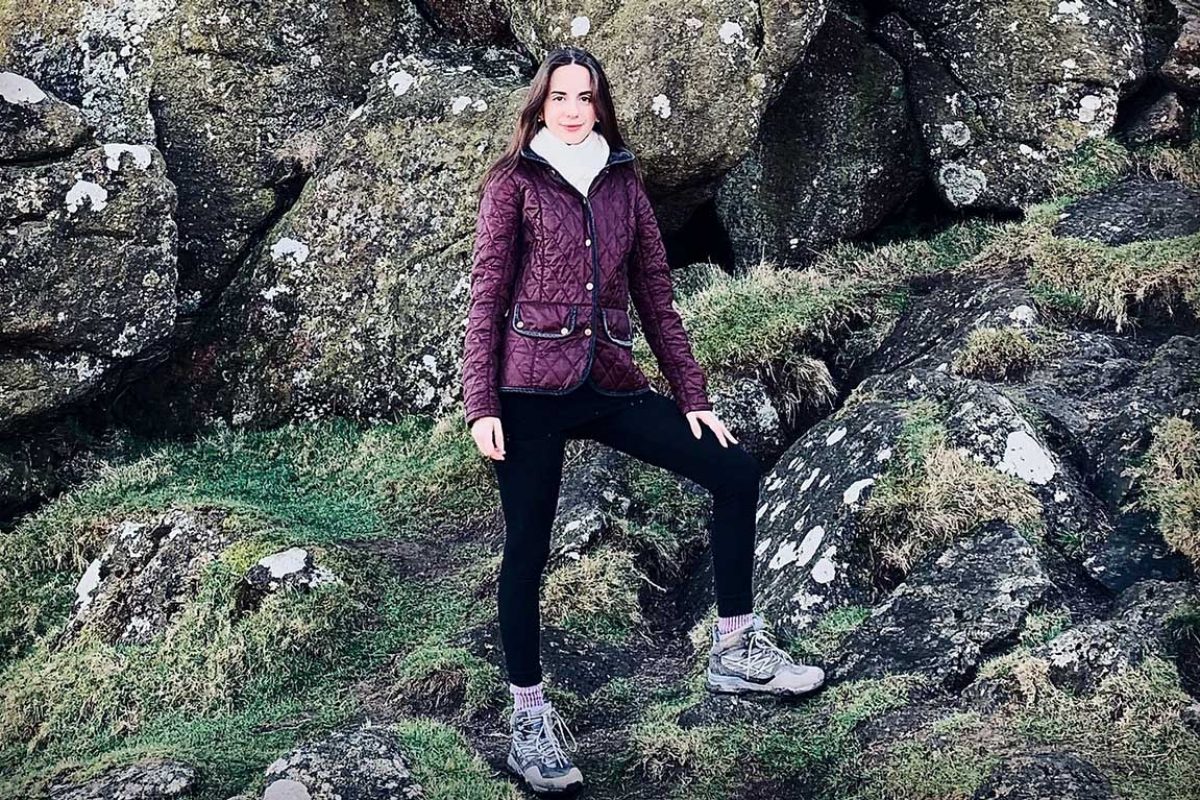 Miles into gathering mists the sun set, soaking into the distant blue hills. Sunset loomed, orange, then violet, then a clouded darkness as we drove slowly above the hills of Dartmoor, bound for the small village of Widecombe-in-the-Moor. The landscapes for which Dartmoor is best known do not immediately conjure a sense of romance. Blackened and oddly withered shrubs give way to great fingers of rock, holding the landscape in a clenched and somehow fraught grip. Above the treeline, the moors offer little in the way of obvious beauty or repose. Rocks and boulders hunch darkly, remnants of the earth’s volcanic past. As we drive past, sheep turn obliquely to look at us, then return again to the end of the day’s grazing. Then, as we near our destination, a white pony bolts ghost-like across the road ahead, forcing us to an abrupt halt. This is, as we will soon discover, the first of our many sightings of the Dartmoor Pony, a stocky, sturdy survivor in these outcrops of mist and rock. 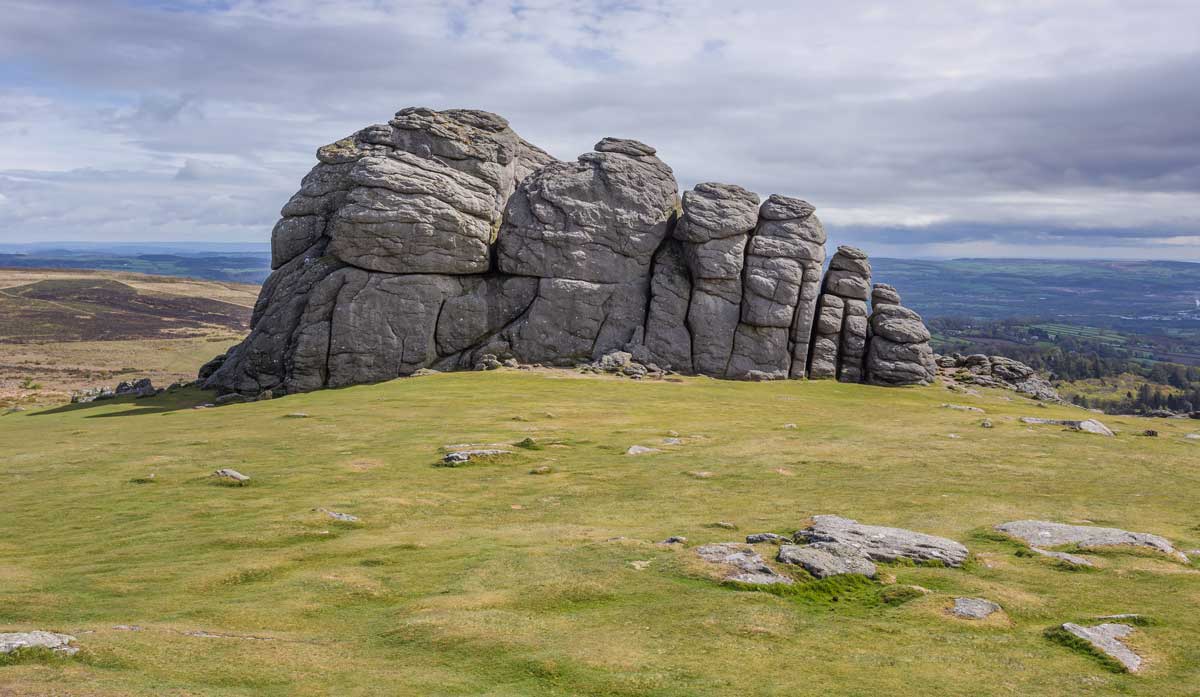 The Moor in Literature

The ‘moor’ has a particular history in British literature, a landscape which I routinely find difficult to explain to students who study Wuthering Heights or The Hound of the Baskervilles. Succinctly put, it appears as a landscape worn away, stubbornly squaring up to the big skies which loom everywhere around it. The Yorkshire moors, less rocky than their southern counterparts, and covered in purple furls of heather half the year, gave the Emily Bronte the inspiration for Wuthering Heights, based in the moorland above the Bronte Parsonage. Heathcliff, wild, rugged and amoral, took both name and nature from the ‘eternal rocks’ on which the gorse and heather rest – ‘a source of little visible delight, but necessary.’ In this, Bronte was right. The moor appears as something essential; something fundamental when the apple trees and daffodils of a more temperate springland are worn away.

It was in Dartmoor’s crop of gorse and Tors that Arthur Conan Doyle laid his hound, allegedly inspired by the legend of Richard Cabell of nearby Buckfastleigh. A man of ‘monstrous’ evil, Cabell was rumoured to have sold his soul to the Devil, murdering his wife. When the rumours of his immortality were proved false by his death, he was laid to rest in a sepulchre, on a night which saw a phantom pack of hounds howling wildly at his tomb. According to legend, or so Doyle heard, Cabell still runs his pack across the moors, ranging and haunting by moonlight. Coupled with the natural eeriness of a landscape often shrouded in incoming mist, settled with the remains of medieval villages, it is all too easy to see how Doyle might have been inspired to send Sherlock Holmes on a mission to the South-West.

From its Gothic and Victorian stirrings, the Dartmoor and Devonshire landscape has kindled inspiration in the mind of many a writer, seen in the works of the Doyle, Ted Hughes, Agatha Christie and many more. It is a place as rich in literary worth as it is in hidden life, a landscape of mythic creatures which must be sought among the outcrops of rare lichen, butterflies and birds.

At first glance, the moor may be mistaken for something barren – empty of life but for a few, shaggy ponies which stray beyond the winding roads. Yet of all places on my visiting list, Dartmoor is one of the most essential for a lover of literature, or simply of the fundamental beauty of earthy oddities. And it is little wonder that, of all the British landscapes, the moor has most stubbornly dug itself in to our literary imagination. 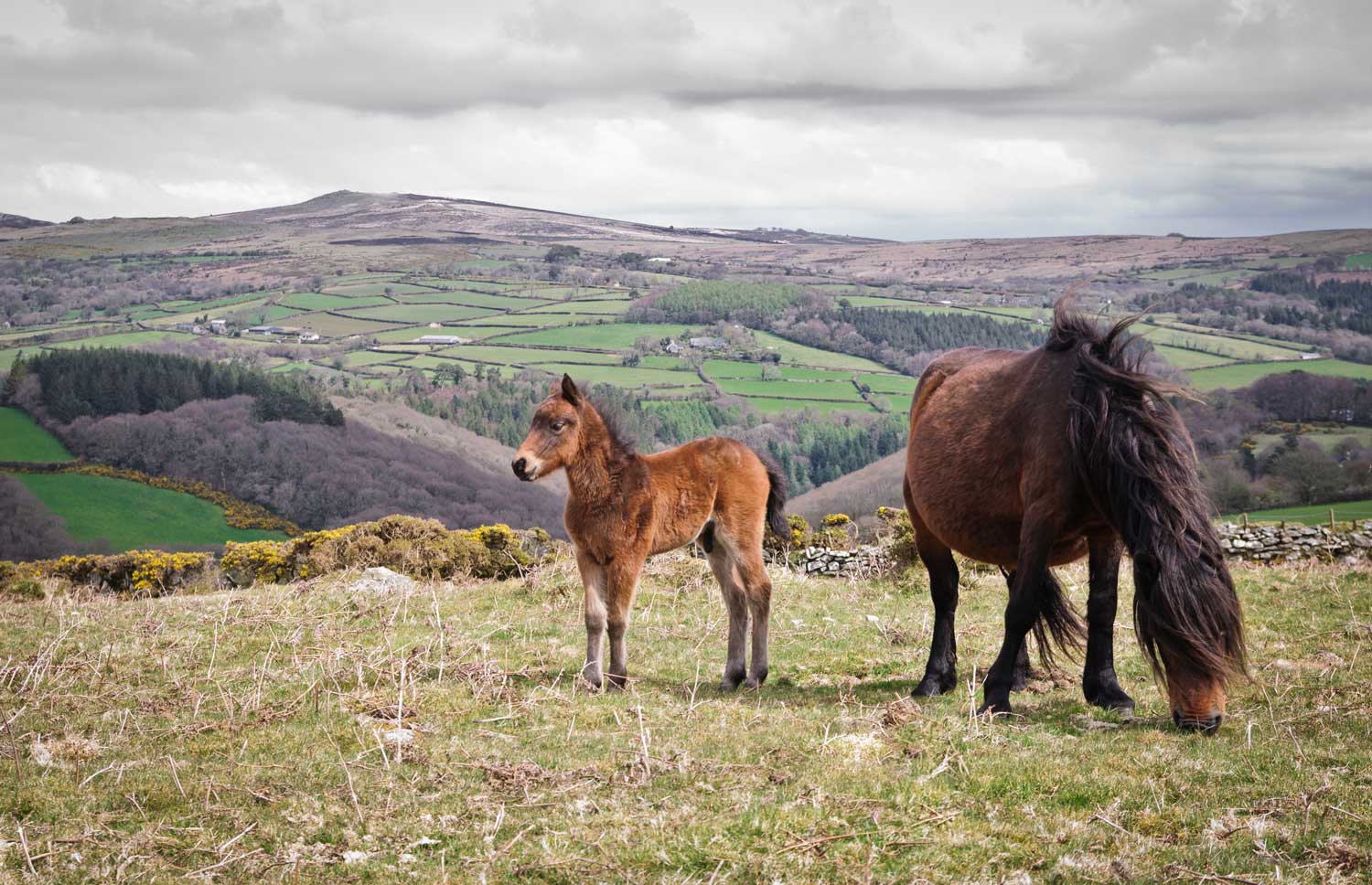 The most obvious draw of Dartmoor is the spectacular Tors which burst out of the moor’s landscape. On our first day in the moors, lured out by the sun (a wise choice, as it rained the rest of our time there), we walked a circuit between Saddle Tor and Hound Tour, an easy walk of a few hours, passing the remains of a medieval village along the way. There are walks for all levels of adventurer and casual sightseer on the moors, from the more difficult hike between Great Staple and White Tor, to a leisurely stroll beyond one the many setting off points by the trails. Take some biscuits and a light lunch to make a picnic of the journey – just don’t let the resident ponies steal your food!

About a forty minute drive from the middle of the moors, Buckfast Abbey is a working Benedictine monastery, having been rebuilt after the Dissolution. Correspondingly, a tourist’s experience of the Abbey is less one of gift shops and tour guides (though there are two of the former and multiple of the latter), but instead of real immersion into working monastic life. The interiors of the Abbey are beautiful, still white and full of handmade stained glass. Nearby, to round off the journey, you can visit the Otter and Butterfly Sanctuary, and learn of the wonderful work they do with one of the UK’s rarer mammals. If you then still feel like a trip, a working steam railway is next door, from which you can take a steam engine to Totnes for the day.

Strictly speaking, Castle Drogo isn’t a castle – if you’re thinking of castles as structures built in bygone ages to keep out unfriendly hordes. Instead, this child in the world of castles that Britain has to offer is only a mere two-hundred years old, built by Lutyens himself high above the Teign Gorge. This does not, however, make it any less impressive. A superlative example of a stately home in the castle tradition, Castle Drogo makes for a wonderful day beyond the moors.

Dartmoor, while famed for its moors, also boasts some of the most spectrally beautiful ancient woodland in the United Kingdom. Black-a-Tor Copse, a high altitude oak woodland, and one of the best of its kind in Britain offers an eerie and beautiful world of granite clitter, heathland and lichens. With names that feel straight out of Tolkien, Fingle Wood and Wistman’s Wood provide wildlife-rich walking trails. Wandering the uncanny woodlands (Wist derives from ‘wisht’, meaning ‘eerie’ or ‘haunted’), from amid the arms of the trees, one can truly imagine being caught by the legendary Wild Hunt and their Wisht Hounds. 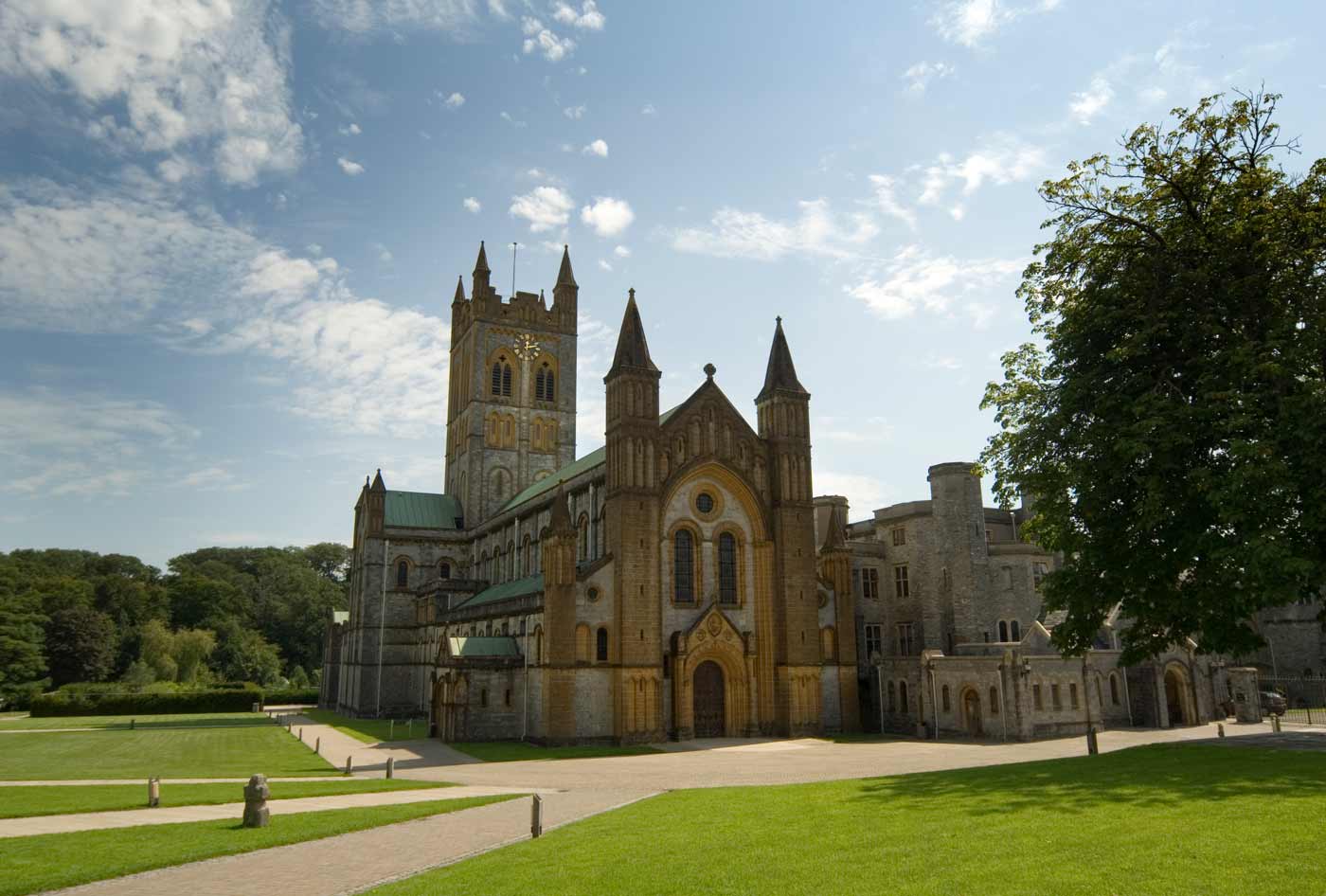 What To Read When You’re There

The Hound of the Baskervilles – Arthur Conan Doyle

One of Conan Doyle’s most famous novels, The Hound of the Baskervilles is based on local Dartmoor myth and legend. Set amid the moors, Sir Charles Baskerville’s death sees Holmes travel to Dartmoor to protect his son and heir. Untangling the twists of the tale, Holmes searches for Baskerville’s killer – and the real provenance of the monstrous hound which haunts the moor at night.

A treasured children’s book for some, a source of inspiration for others, including Ted Hughes and Rachel Carson. The novel follows the life of Tarka, an otter living in the rivers of North Devon. His name meaning ‘Wandering as Water’, we follow Tarka through his life, from his early lessons in swimming and hunting through his adventures in the North Devon countryside, often coming into conflict with the otter hunt. A bittersweet journey, readers can search for otters in their own habitat in the Devonshire rivers, or take a trip to the nearby Buckfastleigh Otter Sanctuary, and help keep Tarka alive for generations to come.

A moving and at times challenging book for both children and adults, War Horse charts the coming of age of a boy, Albert, and his horse, Joey. When news of World War One arrives at Albert’s Dartmoor farm, Albert’s father sells his beloved companion Joey to the British cavalry, in order to aid the war effort. Joey’s struggles, battles and resilience move those around him, as Albert sails to France, having enlisted as a veterinarian, to find his lost friend.