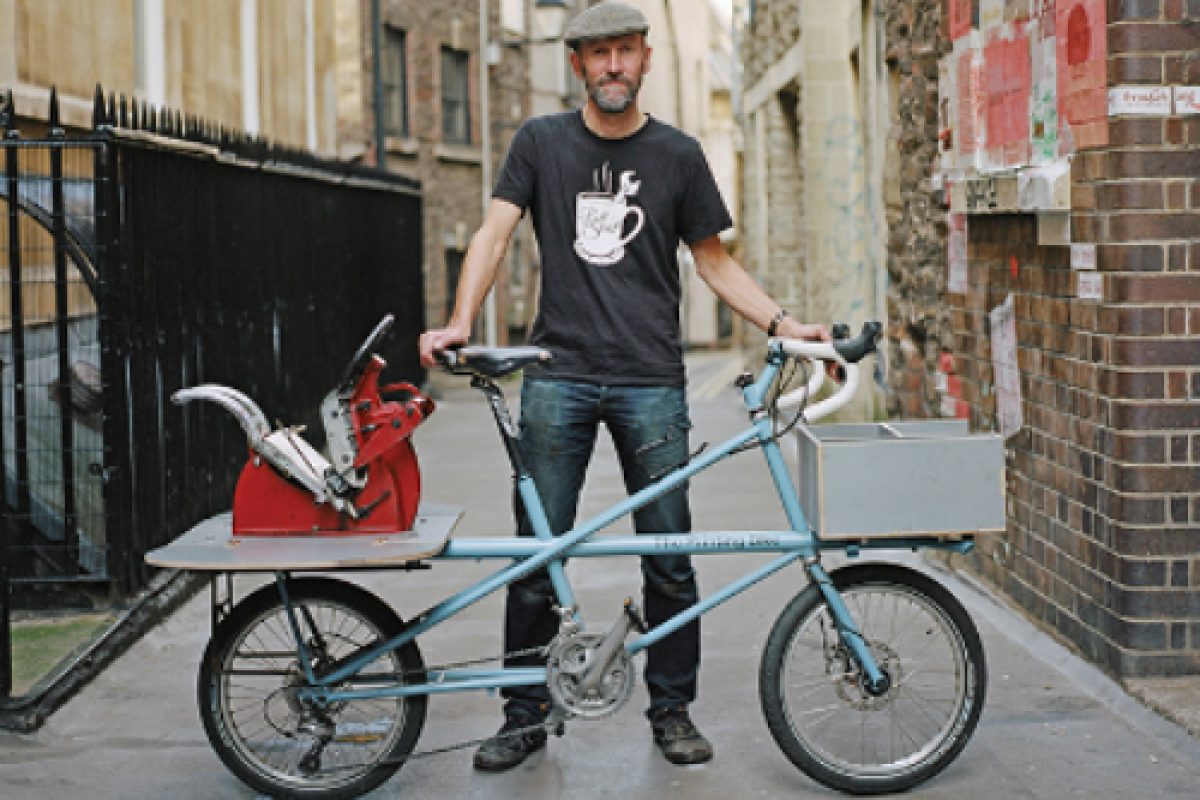 Journeyman – Stories of craft from a bicycle

Nick Hand, a Bristol based cyclist and graphic designer, has curated this exhibition of stories recorded from his travels across Britain, Ireland, Naples and New York’s Hudson Valley, mostly on a bicycle. Starting in 2009, Nick cycled over 6,000 miles around the coast of Britain and Ireland, making over 100 films of people he met along the way. Since that journey, he has cycled 500 miles along the Hudson Valley; visited craftspeople across the UK as photographer and judge for the Balvenie Craft Awards; cycled around the coast of the Isle of Skye; visited heritage craftspeople in Naples; and, most recently, cycled from Land’s End to John o’Groats on the printing bike stopping in places known for making one particular thing and collecting stories for the people dedicated to those crafts and trades.

The exhibition is a 10-year retrospective of Nick’s collection of stories of craft and takes its name from his latest journey from Land’s End to John o’Groats. Journeyman is a term used for a trained worker after finishing an apprenticeship who would take to the road with their union card to look for work. It was these tradespeople that inspired Nick to create a bespoke printing bicycle and embark on his latest journey. After a crowdfunding campaign in 2017, Nick worked with bicycle builder Robin Mather who hand-built a bicycle that could carry a printing press on the back.  He set out to meet craftspeople from Land’s End to John o’Groats in places known for making one thing such as pottery in St Ives, scissors in Sheffield, or tweed in the Isle of Lewis; in each place he printed postcards celebrating the various trades on the printing bike.

This exhibition at the Devon Guild brings to rural Devon, an important collection of stories from the craftsmen and women in the UK; ranging from a stickmaker in Lincolnshire to a coppersmith at the Balvenie Distillery on Speyside; from a printer in Shipley to a storyteller in County Down.

Journeyman re-tells and reveals these nearly lost crafts, some quickly fading from our heritage – told through photography, films, letterpress prints and words.